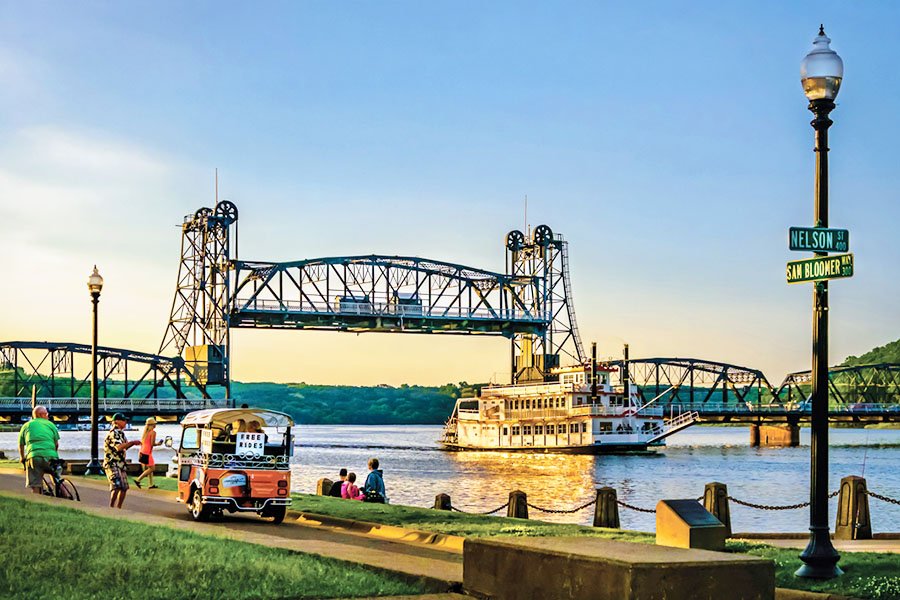 Posted at 04:58h in MNRealEstate by jeffanderson 0 Comments
0 Likes

Stillwater is in Washington County, Minnesota. It is part of the Minneapolis-Saint Paul metropolitan area that has 3.52 million residents. It is on the west bank of the St. Croix River. Stillwater is often called “the birthplace of Minnesota.”

On July 29th and September 29th in 1837 treaties were signed with the US government and Ojibwa and Dakota nations that allowed this settlement in the St Croix valley. It was there the first convention was held to help establish Minnesota as a state. Stillwater became the location of the Minnesota’s first prison. First industries were lumber, sawmills, a shipyard and engine works and home to widely used steamboats.

Is Stillwater rated as a good place to live?

USA Today Travel named Stillwater as one of America’s most picturesque small towns. Niche.com rated Stillwater Minnesota the high rating of an “A”. Gave it A’s for public schools, housing, good for families, jobs, outdoor activities, and health & fitness.

Some general information I have found about Stillwater Minnesota.

How are the schools in Stillwater?

Stillwater Minnesota is served by…

To summarize, I have found Stillwater to be a popular city. Importantly, it has great amenities, wonderful shopping, charm, great restaurants, many parks & trails, the beautiful St. Croix River, and wonderful schools. In short, I strongly suggest considering Stillwater if you are planning on moving to the Twin Cities of Minnesota.

I hope you have enjoyed my summary of Stillwater Minnesota. Please reach out to Jeff Anderson and The Anderson Team if you would like to know more about Stillwater real estate. Or would care to see some of the homes in this wonderful city in the Twin Cities area of Minnesota.